Recently, I had the opportunity to experience the US Coast Guard Captain’s Licensing Course at Carteret Community College’s OUPV Program in Morehead City, NC.

OUPV is the Coast Guard’s acronym for Operator of Uninspected Passenger Vessels. It is also widely known as a “6 Pack” license among boaters and Mariners. It is the most popular Coast Guard License. This License allows qualified individuals to operate a commercial vessel with up to six paying passengers and crew.

The necessity of a Captain’s License to legally operate your boat is unrelated to the size of your boat. However, some insurance companies require a captain’s license for moving yachts over a certain size. This was for me, a particular reason for obtaining my license.

There are many details involving the securement of the licensing procedure and I will touch on but a few of them here. The rest, and much more detail can be found at The Coast Guard’s National Maritime Center website. The entire process is lengthy, detailed and expensive. Thanks to Carteret’s excellent program, it becomes a much more affordable affair as it is a State Supported School and the cost of the course is much lower than local private instruction schools.

Lastly, with that last statement in mind and all things considered, it is doubtful that one could find better quality instruction, more experience and knowledge or a better venue that is brought to bear by Carteret to get this course out to the public.

The OUPV License comes in three different forms and carries many upgrades as endorsements. The three forms are:

The Inland Captain’s License– Allows the holder to operate commercially on bays, sounds rivers and lakes.

The basic minimum requirements, the boating experience for each version of the private boat captain’s license vary slightly.. but to be brief, some of the basic requirements are listed below.

You can use an online course to study for your OUPV license but are required to attend a proctored exam in person to complete your license. Testing Centers are widespread and not that difficult to find.

Personally, I can legally document more than 43 years experience on the water which includes much more than the required offshore experience I needed to obtain my license. I keep my hours current with the many deliveries I have done in the past three years both alone and under the license of my good friend of 42 years, Captain Joe Sizemore.

When Capt. Joe first encouraged me to get my own license, I was truthfully, not all that interested. I had a “lot going on” as most of us do and our deliveries together, which started out as just two sailors enjoying the water, fit rather nicely into my busy schedule. More responsibility at that time in my life was not needed nor required. I was just happy being a Deck Hand, and the occasional First Mate on longer passages.

If there is anything you know about me, then you know how much I crave knowledge, and understanding about the things I get interested in.

So…during all these years as a Boat Owner (I think I’m working on having owned 10 or 11 boats right now), Delivery Skipper, Yacht Racer, Fleet Captain and Commodore of The Pamlico Sailing Club, Yard Manager, and Dock Manager, I studied.

I studied everything I could get my hands on. I bought a lot of books and spent dozens if not hundreds of hours online. Studying Navigation, Pilotage, Boat Repair, Seamanship and Boathandling Skills, Rules of the Road and even cooking at sea! (I’ve got some great recipes in my logbook).

When I retired and found more time to spend on other things other than where and when somebody wanted me to be someplace I didn’t want to be, I finally made my decision. Capt. Joe never gave up on encouraging me to get my license and recently, I pulled the trigger (so to speak) on making my interest official.

Feeling that this program would be a “walk-in-the-park” for me, I did my customary research after which I called Captain Scott Leahy (who happened to be the Marine Program Director) at Carteret Community College.

Scott was prompt in answering my emails, calls and texts and was very easy to talk to. Upon signing up for the two week, full time course, I was encouraged even more. Let’s get this done!

Was I in for a big surprise!

In a nutshell, I was humbled. The approved USCG course presented by Scott himself, for me, an experienced skipper and Boater, was more like trying to walk on water rather than a stroll in the park.

I thought I knew a lot. (and I did). But that didn’t help much. Commitment, constant attention, copious notes and nightly study were the order of every day. Exams.. there were five.. were HARD! I learned skills that I never even knew I would need as a Licensed Captain.

Captain Leahy’s credentials and experience are impeccable. Both as a modern instructor and knowledge of subject matter. But he didn’t pull any punches. No exam was “open book” and he takes his responsibilities very seriously. You are expected to “hold-up” your end of things with promptness, nightly study and attention in class.

I was not alone in my thinking. There were 7 other classmates who all breathed a sigh of relief each time their exams were graded. They consisted of experienced marine fishing business owners, Hopeful charter boat operators and Engineering students still in school. Even a young, family brewery operator and a 30 yr. experienced and successful Financial Advisor were included in the diverse mix. I think it’s fair to say that we were all challenged.

You Don’t Know What You Don’t know

I’ll admit. Using modern day electronic Navigation equipment runs the risk of making one lazy. Why would I ever need to know how to compute a compass’ deviation, a chart’s variation or Speed/Distance/Time in Nautical miles instead of just regular (statute) miles? The chartplotter does all that for me. Jeez.. I haven’t used basic algebra in years…

Why did I have to learn the many parts of the term “Tide”? I know the difference between high and low tide and how to find out the time/difference information, wasn’t that “enough”? Did I ever know the numerous forces at work that influenced the tide where I happened to be at the time?

The answer to these and many more questions was a big “NO” But thanks to Capt. Leahy’s Patience, Knowledge and Experience, I do now.

I cannot recommend the OUPV and Marine related courses at Carteret Community College highly enough. And as it turned out, it was really convenient when it came to obtaining some other credentials that are needed for the license. You can get a TWIC card right around the corner from the school and there is a FastMed close by to get the needed Physical. An approved First Aid Course is also included at the end of the course.

In fact, I plan to return as time progresses. I kinda have an interest in Boat Building (an old but thriving Coastal NC tradition) and strangely, Big Outboard Motor Repair. (Go figure)

I have personally instructed at 2 Community Colleges in my past. Both of which were in different states, and I can attest to the Thought and Quality that has gone into establishing the program here in Beaufort. Captain Scott Leahy is to be commended for his efforts and care. I am especially glad I stopped by their booth at the Annapolis Boat Show, 2 years ago, where I first learned of Carteret’s OUPV Program. If you’re interested in gaining your OUPV or would like to gain more endorsements on an existing license, I encourage you to check it out

In thinking about all of this, and being a US Navy veteran, I think I better understand an interesting observation. And that made it alright with me. The US Navy, The Merchant Marine, and The US Coast Guard all thrive upon tradition. A tradition of being on the Sea. A proud tradition that originally attracted me back in ’72 and continues to run deep to this day. Yes. sometimes it becomes a PITA. But as a tradition, it remains. Unlike so many temporary things that continually surround us these days.

Being a Mariner is something I am proud of. The Ocean, both wild and calm, dangerous and beautiful is made up of many contradictions and mystery. It is both intimately personal and vastly universal.

The knowledge gained by obtaining my OUPV license continues in that proud tradition for me.

I have many people to thank now, and during all the years of my “Nautical Education”. Many more than I have room to list here. To all those Schools/Authors/Friends/Instructors/Captains/Business Owners and Mentors, I thank You. I will always do my best to not ever let you down

UNDERWAY IS THE ONLY WAY

3 thoughts on “An Eye Opening” 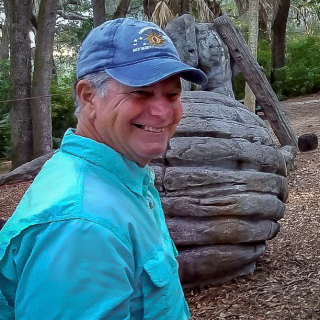 A Photographer, Sailor and Traveler. Creating Images and Sharing Insight as I Cruise the waters of The Near Planet